Cirrus Data in the Sweet Spot 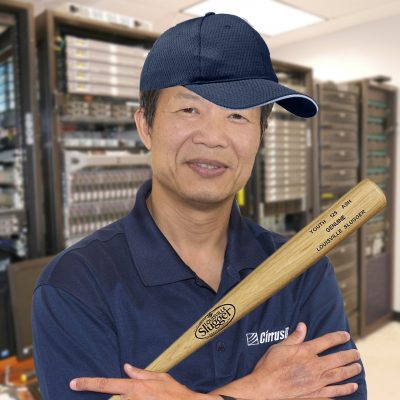 Happy New Year. The fourth generation of the Internet based on IoT (aka Internet of Things) is squarely upon us and a new industrial revolution leveraging digital currencies and smart contracts is starting to blossom. We are heading into a future filled with smart machines collecting data from everything you can imagine and interoperating with each other in the service of global humanity. As a consequence data storage is projected to grow exponentially, and I believe that Cirrus Data is in the sweet spot to capitalize on that mega-trend.

A few years back I was co-founder of an innovative software startup called AVIcode. We developed and patented a software product called Intercept Studio. This monitoring technology for web servers revolutionized the way distributed web apps are managed, greatly reducing troubleshooting costs and application downtime for customers throughout the software development lifecycle. Most of the credit goes to our great team of software developers who were able to stay ahead of the technology curve and our competitors in the emerging field that has become known as DevOps. AVIcode was eventually acquired by Microsoft in 2010 and Intercept Studio is now a core component of its Azure cloud computing platform.

In 2014, I was introduced to Cirrus Data and CEO Wayne Lam by my colleagues at ARC Angel Fund of NYC. As with my former company, Wayne & company developed and patented a market leading technology based on the concept of intercepting and rerouting data in the most efficient ways. I immediately saw the parallels and instantly became an investor and enthusiastic supporter. The crux of the value here is this data management technology called Transparent Datapath Intercept. As a core component of Data Migration Server, TDI has greatly reduced data migration risks and has all but eliminated downtime allowing storage networks to grow in a manageable way. As with my former company, Cirrus Data has established itself as the undisputed best and most complimentary way to perform a mission critical task.

But this is just the start for Cirrus Data. With TDI, they can intercept in the datapath allowing them to truly help organizations manage data without downtime. This leads to a whole host of possible product directions that will help them grow from simply data migration to full data management.  To use a baseball analogy, we are in the early innings.

Cirrus Data wins because of their awesome technology group and development team lead by Wai Lam. These guys are major league players at the top of their game, and I am expecting more home runs from this group. As with my former company, I believe a major league team will eventually scoop them up but there are many more innings to be played.