It’s Hard to be Gifted 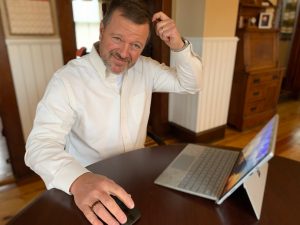 We all know people who are hard-working, very good at what they do, and have demonstrated the ability to accomplish great things. When we encounter such talented people, we say they are gifted and want to be connected with them. These are the people you want to surround yourself with.

For example, I know a guy who is a gifted carpenter, and I’m always asking him to work on my home improvement projects. As a consequence, I invited him to parties at my place and vice-versa, and we became friends. Friendship is a gift.

The thing is, there are contractors and house flippers who know how gifted he is, and they are always trying to engage him. He gets all kinds of invitations and has refused many of them. He gets frustrated because he knows that their esteem has only one object in mind, successfully completed projects, and profitable business deals. He felt the need to limit gift offers from certain people as an influencing factor when selecting new projects.

It’s Hard to be Gifted.

I really wanted to get more in-depth, hands-on experience with this software product called Alyce. That’s when I decided to launch a campaign on Alyce.com designed to re-engage lapsed relationships. Knowing I shouldn’t come empty-handed with my outreach, especially as I was making a specific ask of these contacts, I leveraged Alyce’s personal insights to select 6 best-fit gifts for my recipients.

My gift invitations were all sent via email and the message was, “I’m sending you a gift from Alyce in hopes you would be willing to speak with their CEO Greg Segall. Any feedback from you on the Alyce experience would be super-valuable.” So I launched my Alyce 4 Fun campaign, and my six outreaches were met with varying degrees of engagement but across the board, there were four key things it reinforced…

What Did We Learn?

Gifting with Alyce is an excellent way to break the ice.  I definitely got everyone’s attention and was able to reconnect. It worked. The best example was an old friend who is the CEO of a Fintech company. Loving the gift Alyce picked out for him, he responded right away, and we quickly scheduled a call. It was a good discussion for all of us.

Knowing something about the people with whom you do business is super-important. When you reach out to someone by offering them a gift, they will immediately appreciate that you were thinking about them in a personal way. There is a fair chance they will take some time to speak with you for that reason alone. For example, I gifted an acquaintance of mine who runs a consulting business in the pharma market. He travels the world and does most of his business by phone calls and text messages. After leaving him a voice mail, his assistant viewed the gift online and we scheduled a call. It was an excellent discussion with a guy who spends $6-8 MM annually on events, promotion, and marketing. He said there is huge value in organizing meetings between professionals where something is known about them in advance. If you know who is there and something about their interests you can connect on a higher level, and it speeds up the interaction. That’s the value of Alyce in a nutshell.

Nothing good comes easy. It’s hard to be gifted because everyone has filters, gatekeepers, and energy shields. With most people, it was necessary to follow up on the gift invitation by email or phone. I was undeterred when one of my giftees, a partner at a venture capital firm based in NYC who I had not heard from in over a year, did not respond to my gift invitation for several weeks. I had to leave a voice mail to get her attention. Everyone has a mailbox, but nobody wants to look at it because there is too much spam. She then responded stating that email is not the most reliable channel because her system has so many anti-spam filters that most of her stuff is going straight into junk. “Just text me”, she said, and things started moving quickly after that. We had a call and an in-person meeting during which she expressed her appreciation for my gift and the opportunity to reconnect. As a consequence, we started working on a 6-figure deal together that had been dormant for 3 years.

It’s hard to be gifted because of pre-existing relationships and politics. Even though someone may like your gift, they may not necessarily want to provide you with acknowledgment by accepting it. After viewing my gift invitation, my colleague who is a software industry executive immediately asked to schedule a call. I was surprised at how quickly he responded. He appreciated but politely declined my gift offer, stating that it might be taken the wrong way and that I should give it to somebody else. We had not talked in years, and after talking about Alyce we proceeded to get caught up about a great many other things. At the end of the day, it didn’t really matter that my gift was not accepted. Our relationship was in a better place now.

Whether it’s in business or life, it’s Hard to be Gifted. But I promise — it’s worth the time and effort nearly every time.